Technical Club work on various innovative projects which will bestow creative minds thinking patterns to the upcoming future engineer/scientist so that our mind can boost enough so that we can face any hurdles in the way of learning new tactics to deal with ever changing or dynamic technology. Also we hope, it is our soul duty to work on those projects which will make our institute technically advanced and prepare our country well enough to compete with other established high tech countries & also the emerging countries which are technically very sound. We are technically far behind in compare to those technically advanced countries. Devotion to our work, motivating and inspiring the young and creative minds in the direction of technology. This club is formed on 05 July, 2018 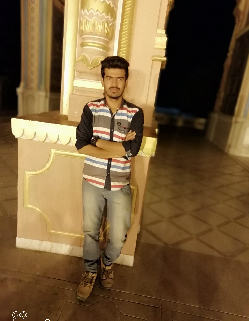 POORNIMA INSTITUTE OF ENGINEERING AND TECHNOLOGY

Classical logic only permits conclusions which are either true or false. However, there are also propositions with variable answers, such as one might find when asking a group of people to identify a color. In such instances, the truth appears as the result of reasoning from inexact or partial knowledge in which the sampled answers are mapped on a spectrum

Mr. Girraj Raigar conducted a lecture in 2nd year Electrical Department on topic-"Superposition Theorem". Where he started from basics and also discussed about the important questions for RTU examination.