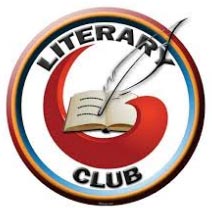 Literary Club is a place where students can meet to read and write. The Literary Club has been an ongoing and active club for several years. It is based upon using the creativity skills it takes to be a writer. Club members meet to discuss books and the craft of writing.. This club is formed on 10 July, 2018

Arduino is an open source microcontroller which can be easily programmed, erased and reprogrammed at any instant of time. Introduced in 2005 the Arduino platform was designed to provide an inexpensive and easy way for hobbyists, students and professionals to create devices that interact with their environment using sensors and actuators. Based on simple microcontroller boards, it is an open source computing platform that is used for constructing and programming electronic devices.

It is also capable of acting as a mini computer just like other microcontrollers by taking inputs and controlling the outputs for a variety of electronics devices. It is also capable of receiving and sending information over the internet with the help of various Arduino shields, which are discussed in this paper. Arduino uses a hardware known as the Arduino development board and software for developing the code known as the Arduino IDE (Integrated Development Environment). Built up with the 8-bit Atmel AVR microcontroller's that are manufactured by Atmel or a 32-bit Atmel ARM, these microcontrollers can be programmed easily using the Cor C++ language in the Arduino IDE.

Arduino boards are available with many different types of built-in modules in it. Boards such as Arduino BT come with a built-in Bluetooth module, for wireless communication. These built-in modules can also be available separately which can then be interfaced (mounted) to it. These modules are known as Shield.

Some of the most commonly used Shields are:

The program code written for Arduino is known as a sketch. The software used for developing such sketches for an Arduino is commonly known as the Arduino IDE. This IDE contains the following parts in it:

The event was held for the students of Second year and Third year of Electrical Engineering Department. It was held to make students aware about the Robotics and the benefits of carrier in it. They were informed about robotics field. These technologies are used to develop machines that can substitute for humans and replicate human actions. Robots can be used in any situation and for any purpose, but today many are used in dangerous environments (including bomb detection and de-activation), manufacturing processes, or where humans cannot survive. Information about the robotics in much greater detail was passed on to students.

This helped them understand more deeply what robotics is and how they can shape their studies to form a carrier in the same.

These technologies are used to develop machines that can substitute for humans. Robots can be used in any situation and for any purpose, but today many are used in dangerous environments (including bomb detection and de-activation), manufacturing processes, or where humans cannot survive. Robots can take on any form but some are made to resemble humans in appearance. This is said to help in the acceptance of a robot in certain replicative behaviors usually performed by people. Such robots attempt to replicate walking, lifting, speech, cognition, and basically anything a human can do. Many of today's robots are inspired by nature, contributing to the field of bio-inspired robotics.

Current and potential applications include: 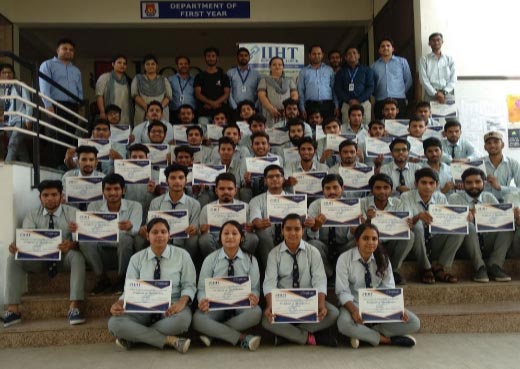 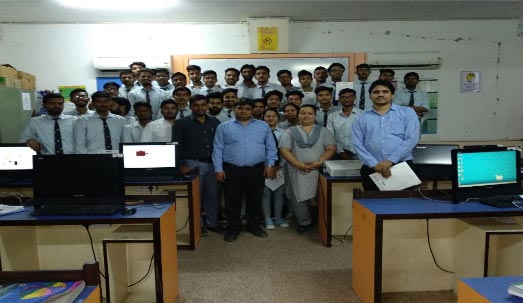