Clubs and social Activity of the Department

Ministry of Human Resource Development is organizing Swachhta Pakhwada 2019 during 1st September, 2019 to 15th September 2019. Hon’ble Prime Minister has launched a Mission mode water conservation campaign ‘Jal Shakti Abhiyan (JSA)’ and has also stressed to make India free from ‘Single use plastic’. The some parts of the country reporting water shortage, Jal Shakti Minister Gajendra Singh Shekhawat launched on July 1, 2019, a conservation campaign with an emphasis on 1186 blocks with over-exploited groundwater, 313 blocks with critical groundwater and 94 blocks with low groundwater availability (1592 stressed blocks) and overall 256 districts will be covered. It is a campaign for water conservation and water security. The focus of the campaign will be on an important part of the 'Jal Shakti Abhiyan' is that it will focus on five aspects such as water conservation and rainwater harvesting, renovation of traditional and other water bodies, reuse of water and recharging of structures, watershed development, and intensive afforestation. The campaign will run through citizen participation during the monsoon (July 1-September 15). An additional phase II will run from October 1 to November 30 for states receiving the northeast retreating monsoons. According to instructions, Poornima Institute of Engineering & Technology, Jaipur constituted Jal Shakti team of faculties and students under JSA. Under this team Sushindra Kumar Gupta Coordinator, Assistant Professor, Department of Civil Engineering, Dr. Om Prakash Sikhwal Co-Coordinator, Professor, Department of Civil Engineering, Rahul Gupta, Member, Assistant Professor, Department of Electronics & Communication, Rajendra Kumar Memebr, Member, Assistant Professor, Department of Electrical Engineering, Jeetendra Khichard, Member, Department of First Year and similarly Deeksha Sharma, B.Tech III Year, Sorya Sethi, Coordinator, B. Tech. IV Year, Department of Civil Engineering, Mayank Agrawal Coordinator, B. Tech. IV Year, Anurag Yadav, B. Tech. III Year, Department of Electronics & Communication, Pankaj Kumar Meena, B.Tech. I Yaer, Coordinator and Satish Kumar, Coordinator, B. Tech. First Year Department.After constitution of the team, a meeting of team members was held on 3/08/2019 at 2:30 PM in Room BB 31. In the meeting discussed plan and execution regarding activities of water conservation under Jal Shakti Abhiyan. The team members were visited the campus on 4/09/2019 at 11:00 AM. 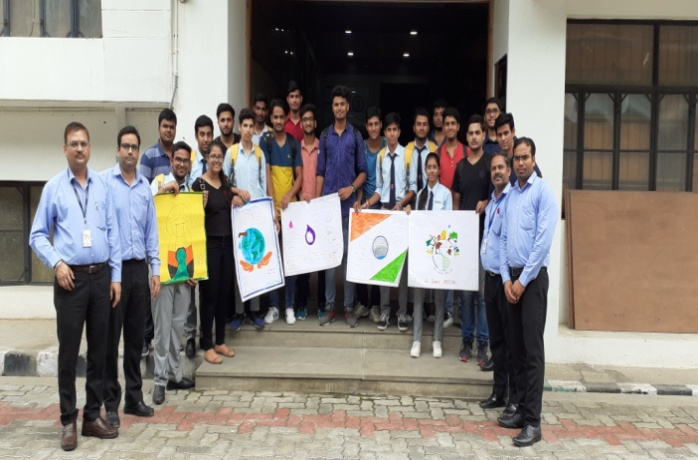 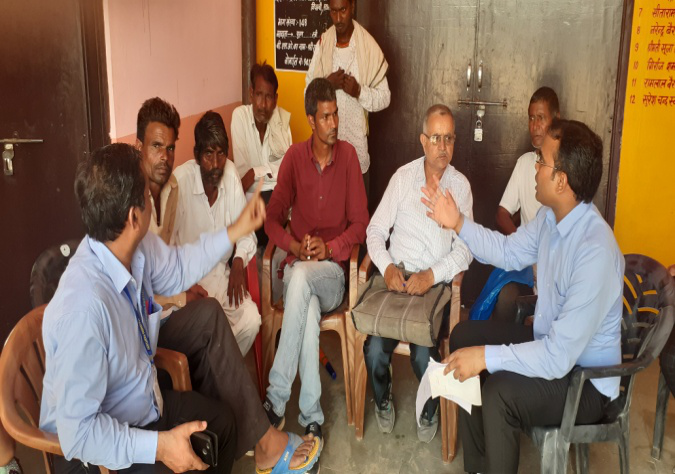 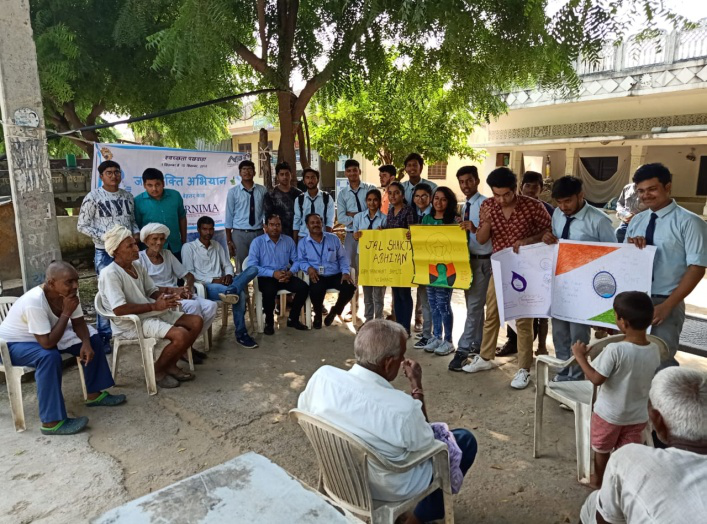 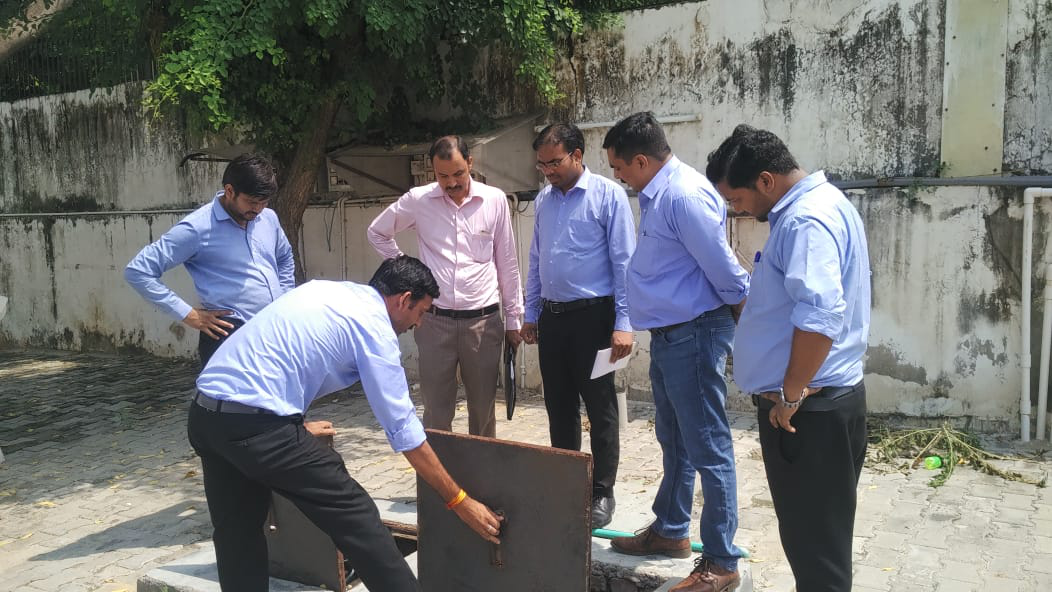 This year also students of first year of Civil Engineering pledged to extend their support in spreading the message of cleanliness not only among the students but also in the surrounding areas. 1st -15th September 2018 was observed as “Swachhta Pakhwada” fortnight, where students took an active participation. 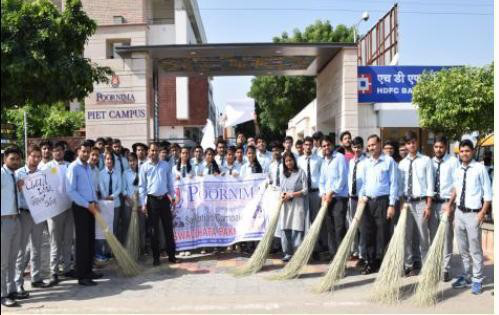 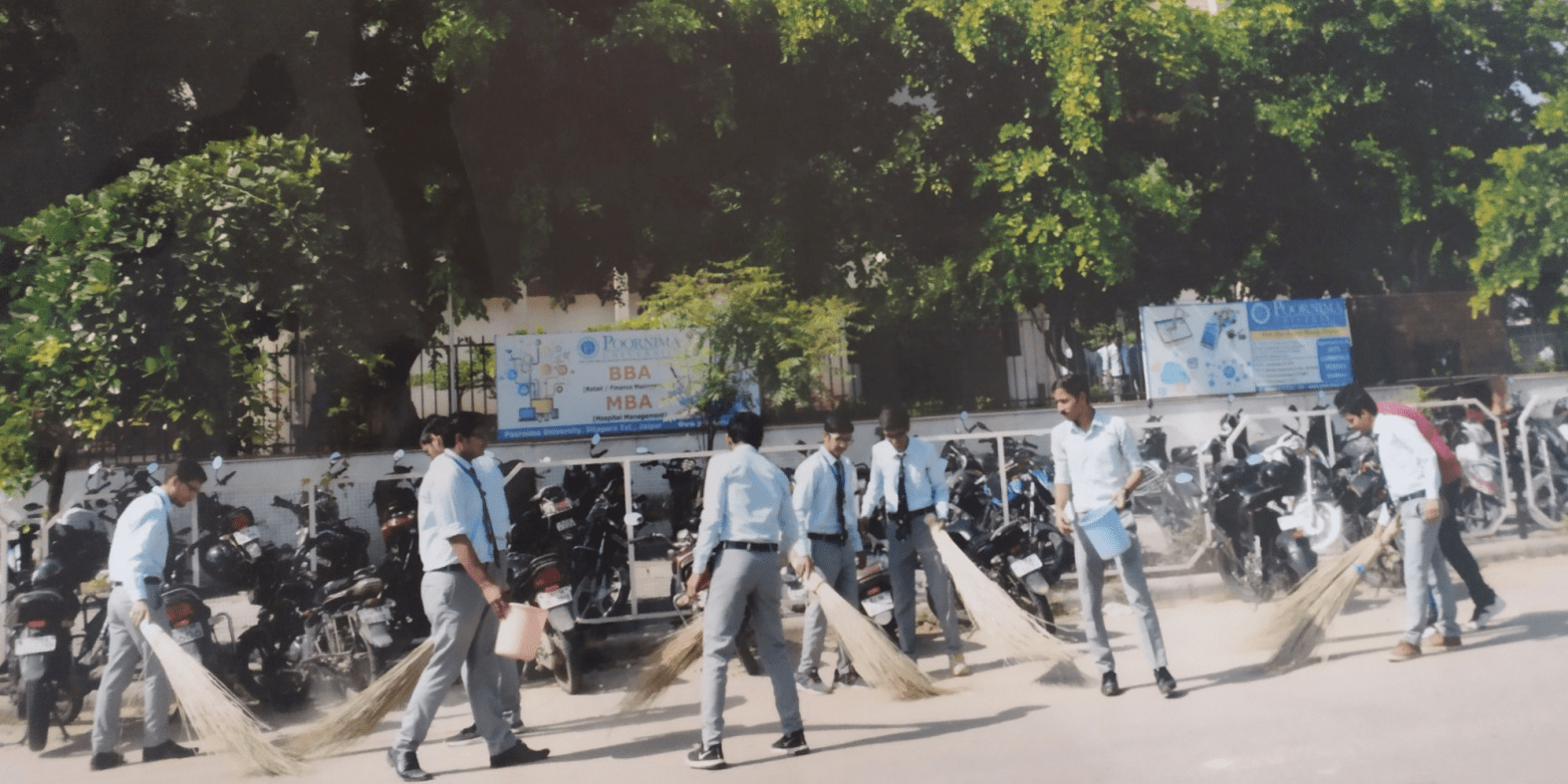 Humanity is something which cannot be found in books. It is meant to be experienced. The feeling and understanding of experiencing human to human connect cannot be compared to even the most beautiful descriptions. To strengthen this feeling and to sensitize today's youth, I Year Students of Computer Science Branch, PIET visited an old age home called Shri Ram Vriddha Ashram, situated in the Chaksu, Jaipur. As a part of the subject, Human Values I Year RTU syllabus, the purpose of this visit was to inculcate in the students the values of empathy and compassion, i.e. –the capacity to feel what it is to live in somebody else’s skin and feel their pain; and develop an understanding of the shortcomings of the society we live in. On 25th October 2018, a group of about 34 students accompanied by three Coordinators of the Helping Hands (PIET) and two faculty members –Mr. Rajpal Singh and Dr. Anurika Mehta, visited the Shri Ram Old Age Home. Mr. Kailash, the manager of the home informed that there were 30 inmates in the home and he explained in detail about the background, establishment and management of the old age home. He also told that a lot of inmates were dropped off at the home by their own kith and kin. He enlightened the students on the mental and physical state of the elder members of our society. Students were affected by the information and scenario around them. they were concerned and raised countless queries related to the inmates and their care. having a personal interaction with those aged members, talking to them and seeing the smile on their faces when they knew that someone visited them, was really a heart-warming experience. Students were instructed to talk to them only in a general way and not to ask them about their past life as that might struck a chord bad experiences and memories for some inmates like their children leaving them there etc. Students were escorted and shown all the facilities that were available to the senior citizens there, like – clinic, physiotherapy centre, prayer hall, bedroom, kitchen etc. They spent some thought provoking moments with the inmates who have been either neglected or have become unwanted by their children, who treat them as useless appendages. A lunch with the inmates of the home was also a part of the visit. A delicious lunch of Rajasthan's traditional cuisines Daal, Baati and Churma was prepared there which was sponsored by all the students, coordinators and faculties enjoyed it in the company of the inmates of the old age home. This visit was a huge learning experience for the young citizens and after spending four valuable hours, the students vowed to do something for senior citizens and contribute towards the betterment of their condition.

A blood donation camp was organized in Poornima Institute of Engineering and Technology, Jaipur in Civil Engineering Department with collaboration of Jain Social Group (Emerald) Wednesday, September 5, 2018. All the students, faculty and staff members participated voluntarily in the camp. In total, 218 units of blood were collected. These camp helped students in getting awareness about their social responsibilities and showed enthusiastic participation for the same. The Chief Proctor, Dr. Gautam Singh, was the Chief Coordinator of this programme.
Blood Donation Camp (2018-19)

The members of club of Civil Engineering made a visit to a government school in a nearby village named Chaksu on 24th August 2017 and spent a day with the kids there. Contributions were made by each member of the club and that money was used to buy the necessary stationary items for the students of Rajkiya Madhyamik Vidyalaya, Kathawala. There the club members interacted with many intelligent minds that had the vision to do something for the welfare of the nation.

The students were distributed in groups according to their classes. Club members were assigned each group.

(a) GROUP 1 (CLASS prep, kindergarten, 1st and 2nd): The kids of this group were played games with club members. Several other fun activities were done with these kids. 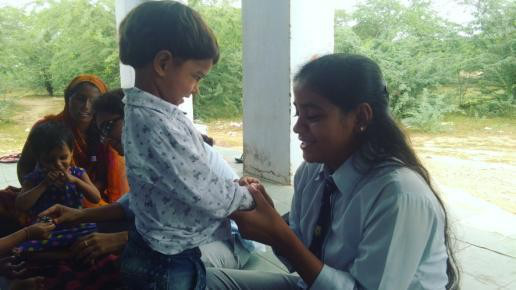 The Social Activity Club 'The Helping Hands', It is managed by the students of Poornima Institute of Engineering & Technology, Jaipur established in 2012 by Dr. Gautam Singh, Chief Proctor, Poornima Institute of Engineering & Technology with an aim to provide help to the needy people. On 24th August 2016, the members of the group reunited to donate some clothes and other needful things to many people in Jaipur and spend a day with the special people of God. 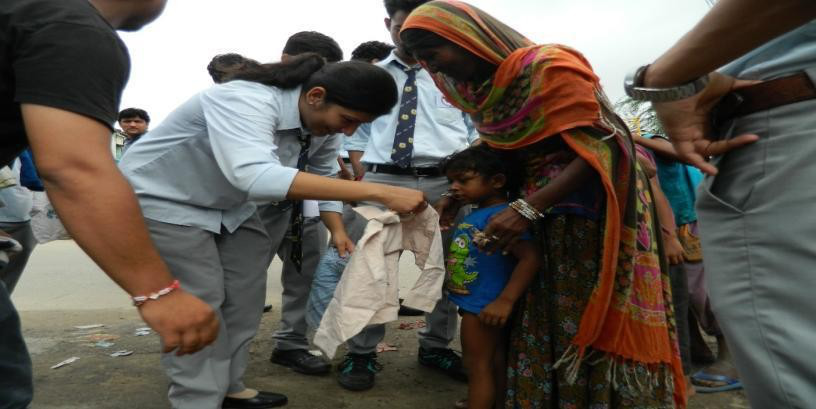 The members of Civil Engineering student and other members of the club collected the clothes and other necessary things from the students residing in the hostel as well from the college. The efforts made by the members are remarkable and thus it resulted in the successful effort towards taking a step forward in making a change. Their focus was to change the vision of the people towards the needy people. After that the team visited the “Shri Hindu Anath Aashram” where they interacted with many intelligent minds that had the vision to do something for the welfare of the nation. The team members delivered Motivational speeches, did career counseling, played games with the kids and distributed gifts to the deserving ones. Basic knowledge about Gmail was given to them. 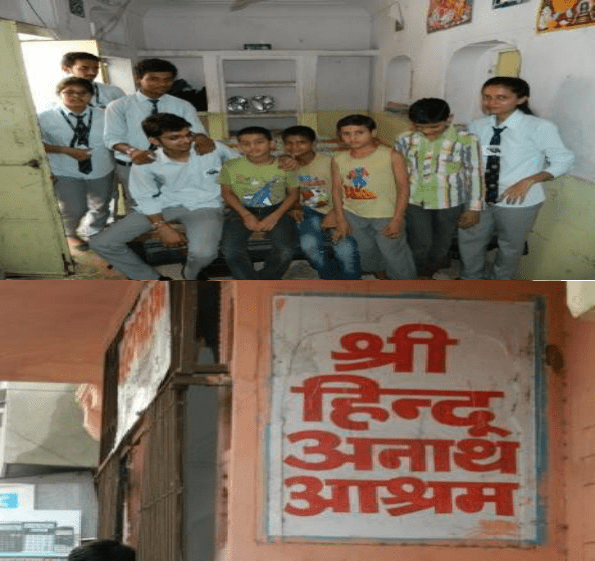